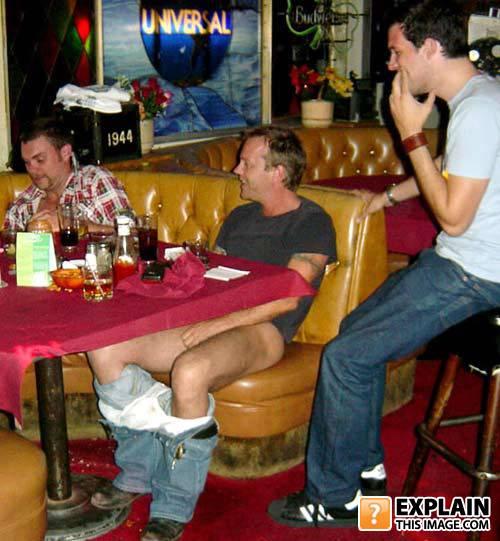 The sign says, "No shirt, No shoes, No service." It never said anything about pants. Now serve me, dammit!