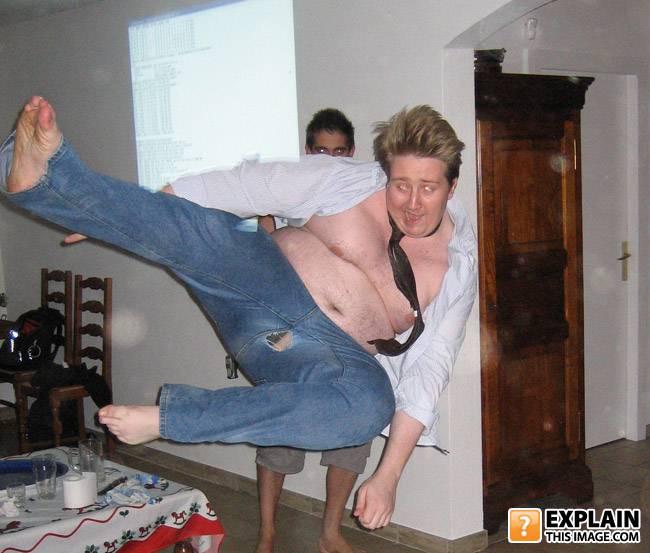 Barry was never an athletic guy. And then someone attempted to eat the last piece of birthday cake...