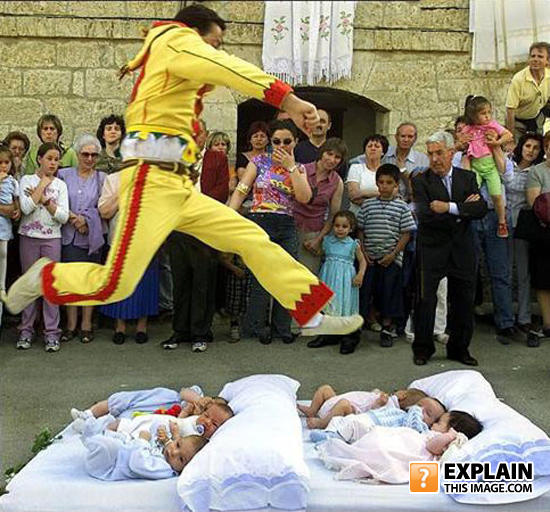 Isn't it obvious? It's a Filipino Elvis impersonator long-jumping over two rows of babies.