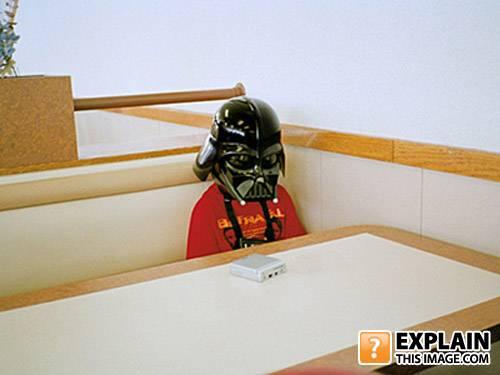 Little Vader was upset that he wasn't going to get the Happy Meal, with the special LIMITED edition DARK SIDE action figure, that his father, Lord Vader, had promised him for doing so well in his Sith Class.