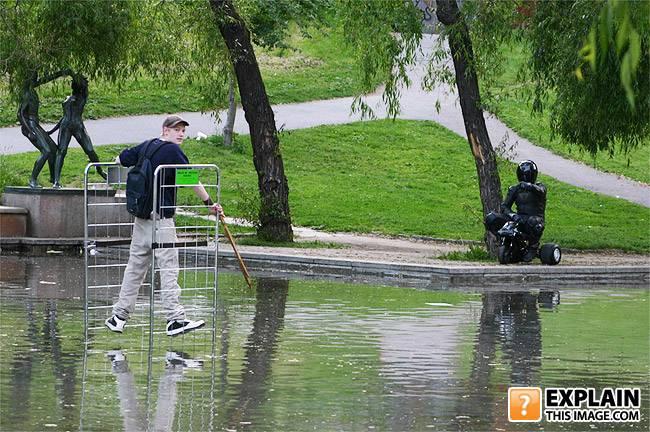 "Just because you have invented water walking device does not mean you can escape the black power ranger! I will be back for you...after dinner...and...a movie."